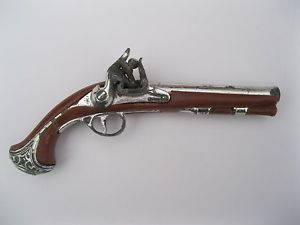 Gun Control and Federalist #46: Does Madison argue for an expansive or restrictive gun control regime?

Since the Umpqua shooting in Oregon, gun control has been back in the news. President Obama’s address the following day seized the moment for a political jab at gun control opponents, and to celebrate the cause of more gun controls. Then, this week’s Democratic Party presidential primary debate also featured an exchange on the issue, and it was a leading topic on facebook and twitter.

The 2008 landmark second amendment decision in District of Columbia v. Heller offered competing histories to justify both majority and minority opinions, but what about the Federalist Papers themselves. Do the Federalist Papers offer any guidance about what the Founders thought the new constitution might mean for gun control?

James Madison, recognized as the author of Federalist #46, is credited by gun control opponents of making the case for an armed citizenry militia, to stand in opposition to the federal government if need be. Do his words have bearing for today’s gun control debate?

Besides the advantage of being armed, which the Americans possess over the people of almost every other nation, the existence of subordinate governments, to which the people are attached, and by which the militia officers are appointed, forms a barrier against the enterprises of ambition, more insurmountable than any which a simple government of any form can admit of. Notwithstanding the military establishments in the several kingdoms of Europe, which are carried as far as the public resources will bear, the governments are afraid to trust the people with arms. And it is not certain, that with this aid alone they would not be able to shake off their yokes. But were the people to possess the additional advantages of local governments chosen by themselves, who could collect the national will and direct the national force, and of officers appointed out of the militia, by these governments, and attached both to them and to the militia, it may be affirmed with the greatest assurance, that the throne of every tyranny in Europe would be speedily overturned in spite of the legions which surround it.